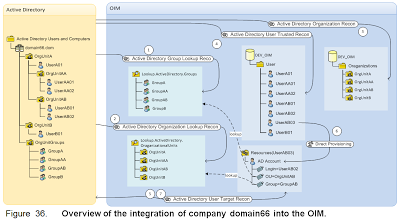 In this tutorial we demonstrate the usage of the Active Directory Connector, which integrates a Microsoft Active Directory into Oracle Identity Manager. The underlying scenario is the integration as a result of a company acquisition. All users of the Active Directory are transferred to OIM, which is then used for user management and provisioning of AD accounts. This tutorial includes the installation and configuration of Windows Server and Active Directory, as well as the installation and configuration of the AD connector. We will create an AD structure, using organizational units, users, groups, GPOs (group policy objects) and directory access writes, to model a non-trivial scenario which emulates a real world installations. While we keep the total system still simple, the complexity is already at a level which reveals usability aspects of the connector, which are beyond a mere technical proving of concept. A conclusion summarizes this work and points to areas of further study.

END_OF_DOCUMENT_TOKEN_TO_BE_REPLACED 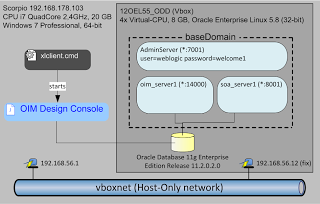 The installation of the Oracle Identity Manager 11g is quite complex and contains some pitfalls that require problem analysis and investigations. In this tutorial we will lead through the installation process of all required product components and development tools. We point out necessary troubleshooting steps and include the analysis of some of the problems. We also provide a detailed list of required installation packages and patches. While analysis during this work was rather time consuming, following the documented steps that circumvent the pitfalls can save a lot of time.

END_OF_DOCUMENT_TOKEN_TO_BE_REPLACED 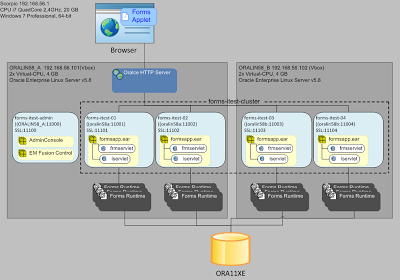 During the summer I needed to quickly work myself into Oracle Forms for a business opportunity and I decided to share my experience in form of this quick start guide.
We will look at the installation process on Windows and Linux in a development and production configuration. To work with the Forms samples we install an Oracle Express Edition Database. We will look at the basic operations and a database tutorial to get acquainted with this edition. We also look at an Application Express Example, Oracle’s quick and simple approach to database applications. We will use the development configuration to run through the Forms tutorial “Creating a Master-Detail Form”, which ships with the product. Eventually we will look at a Forms and Reports installation in a high-availability configuration. We propose a setup on two virtual box Linux machines and provide an action plan for its installation.